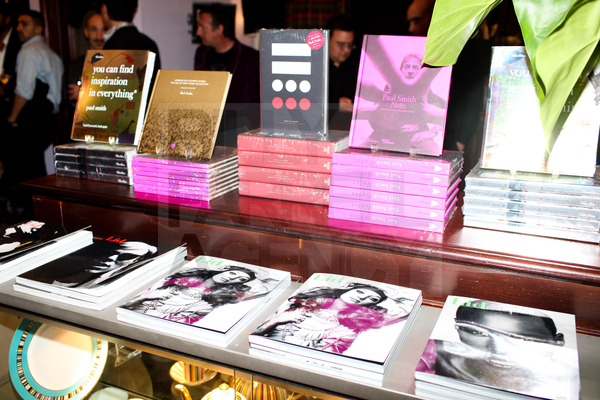 Anyone who knows Hooligan Editor/Partner Eric Carlson knows he’s a dapper dresser. New York-born and London-raised, you could say he is a loyalist of different sorts. Enter preeminent British fashion designer Paul Smith, who recently celebrated 25 years in Manhattan. Just a stone’s throw from Hooligan headquarters in NYC’s Fashion District, Carlson is a frequent visitor of the 108 Fifth Ave. fashion boutique where he scouts the latest digs by his favorite designer, and even talks a little football with his friend and Paul Smith associate Clive Williams. 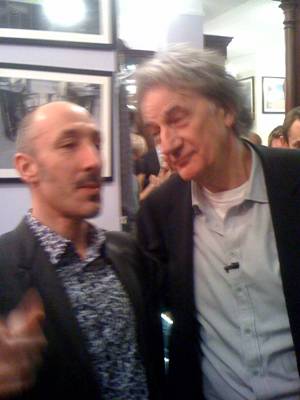 “My wardrobe has a lot of Paul Smith,” says Carlson. “I’ve been a customer there for many years and stop by in the afternoon sometimes to have a chat with Clive. I support Chelsea and he supports Arsenal so we have a fun football rivalry there too. He invited me to the 25th Anniversary of the store and said Paul Smith would be there, and I thought it would be great to attend and meet him being such a huge fan of his clothing line.”

Carlson, along with Alex Catchpoole from TANQ who shares a space with Hooligan, arrived at the soirée, which included attendees Patti Smith, Patricia Field, Simon Doonan, Glenda Bailey, Kate Schelter, Chris Schumacher, Will Blanchard, Siobhan Fahey and Grace Coddington, among others. Of all the A-listers on-hand, host Sir Paul Smith was of course the person Carlson wanted to meet the most. For a couple of chaps with London roots, it didn’t take long for the two to hit it off.

“Paul is an absolutely lovely guy,” says Carlson. “In London, literally every morning he used to go for a coffee at this patisserie in Soho, which I know because when I was in film production in London, I would go there for croissants in the morning and to get birthday cakes. So I asked him at the party, ‘Hey, Paul, is there a patisserie in New York better than Patisserie Valley?’ He paused and boldly said, ‘No!’ So we had a nice chat and I thanked him for the party. He’s a fantastic chap — and even though he’s an international fashion icon, he’s more normal than most ‘normal’ people.”

Aside from their London backgrounds and patisserie tastes, what’s the common thread between the fashion designer and the commercial & film editor from a creative standpoint?

“It’s interesting,” Carlson replies. “With all of Paul Smith’s clothes, there’s always something out of the ordinary; the button holes on a white shirt might have purple stitching, there’s just always something. Paul looks to something creative and unusual to do with all of his pieces. I think there’s a similarity in how I approach my job as an editor. I am always looking to find something out of place but fits perfectly.”

Friends and associates are quick to point out the “perfect, out-of-place something” in Carlson’s style is his socks, which he says are always getting compliments.

“I have so many socks and almost all of them are from Paul Smith,” concludes Carlson. “All my socks are either stripes or harlequin with bright colors. I love them all. They add something a bit special to what you’re wearing — and with Paul Smith socks, it’s a whole new division.”

You can read more about the event on Haute Living.