We dine with clients and industry people enough to be very, very full. So why not blog about it? After all, NYC boasts arguably the best restaurant scene in the world — and eating well is in our company’s DNA. When our founding crew originally launched as Chinagraph, the first thing they did with their first paycheck was book a private room at Gramercy Tavern, the renowned eatery by high-profile chef and restauranteur Danny Meyer. 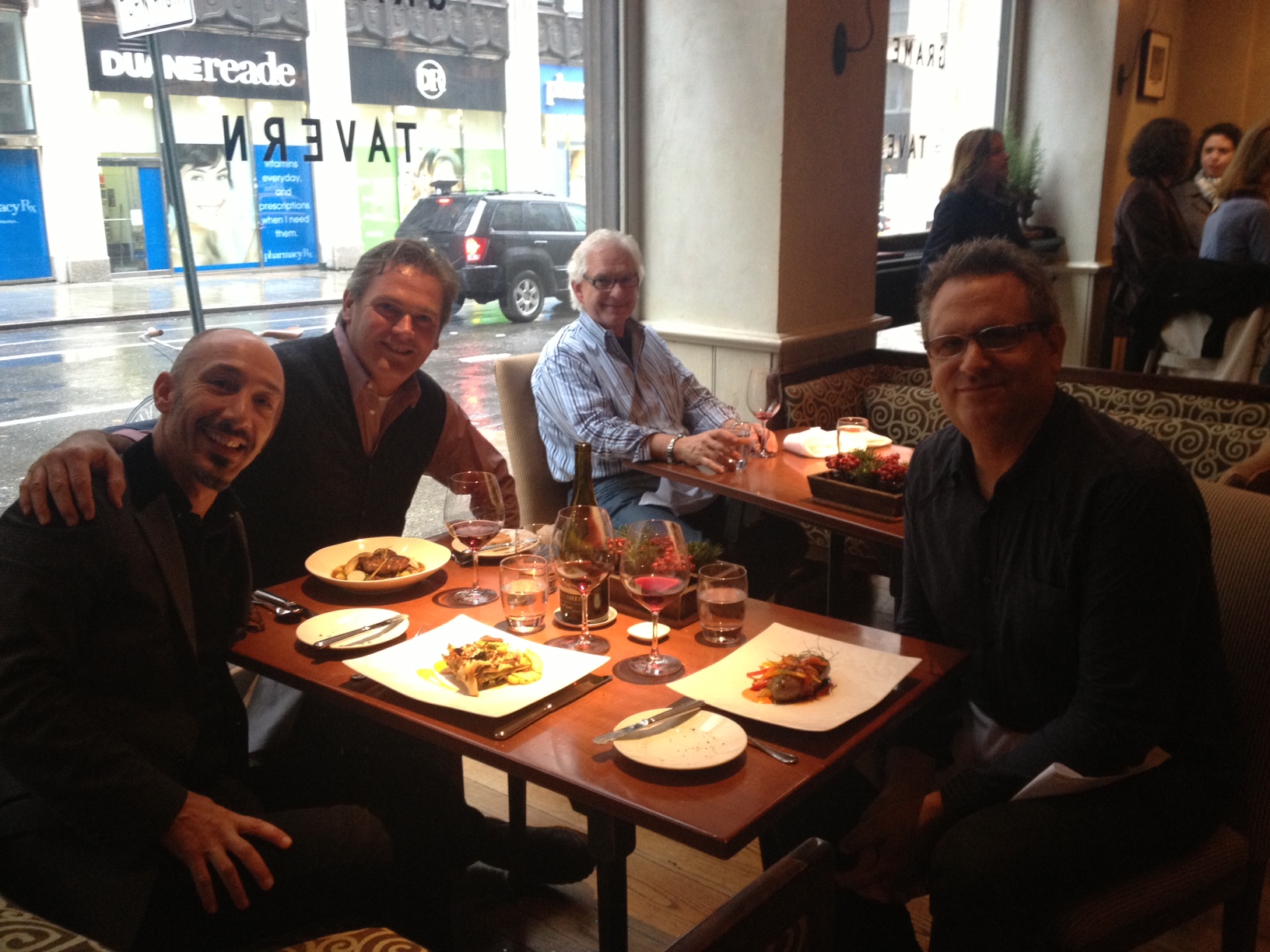 A recent lunch at Gramercy, from left to right: Eric, Skip Damico and Kane

“We really had no money in the bank then, but we wanted to begin as we meant to go on — it was our official launch,” Kane recalls. “We invited a bunch of friends from the old place where we worked and had an amazing meal in one of the world’s best dining rooms in the greatest city on earth!”

And thus a foodie culture at Hooligan was born. Incidentally, we’ve stayed connected to Danny Meyer in some shape or form ever since.

“We actually cut a little film for his Union Square Hospitality Group,” remarks Kane. “We had been to Tabla (Meyer’s popular indian fusion joint) many times and loved it. The manager and the chef eventually moved down to North End Grill, which is another fantastic place down in Battery Park just named best new restaurant in Zagat. As it so happened, a good friend of ours was directing a piece for North End and that’s how we got involved. Of course we needed to do an extensive amount of research (eating, drinking) before we could really dig in to the project.”

Watch the North End piece below: