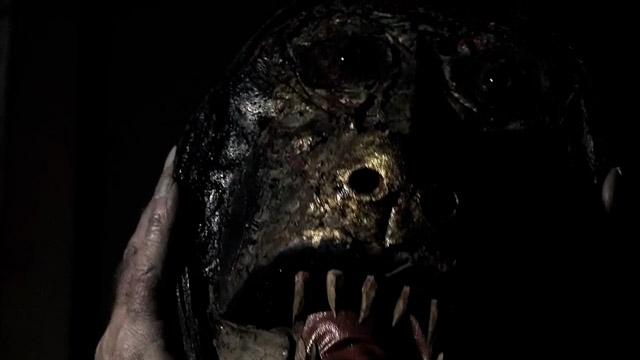 A filmmaker’s profile of a fine artist, “From Dark to Light” elicits a profound journey into Arisman’s world, rendering a subtle yet powerful impression of his sensibilities as a renowned artist, both creatively and personally. The film taps stylized shots of Arisman in the studio painting, set to his off-screen narration.The fragmented narrative combined with abstracting cinematic techniques foster an intimate experience that is robust to the senses, as the film itself becomes as much an abstract portrait as the artistry of its tributary subject. Composer Robert Miller worked to carry the tone of the three chapter drama.

To launch a QT of the trailer, click HERE

“We wanted this intro piece to be more like a short film and Benita gave me a lot to make that happen in terms of the edit,” remarks Mostert. “The film is interesting because Arisman’s narration is somewhat unrelated to the action seen in the film. We took this unusual back story about how one of his paintings came to be, and told it in a non-linear fashion to create a defined impression of Arisman and his body of work.”

Mostert concludes, “I made choices that I thought would work well with Benita’s aesthetic: overlapping voices, speeding up footage and doubling of images to encompass the dark tone of Marshall’s work, which also tied the piece together perfectly, from the aura-like appearance of the artist up front through to the end.”

About Benita Raphan:
Benita Raphan is a Director and Designer for print and television. She was represented briefly by Joy Films, in London, and returned to NYC to open Pete the Dog Productions in 2000. SHOOT Magazine featured her in their “New Director’s Issue” in 2008. Another Sundance Channel film that she produced and directed, was featured in “Creativity Magazine’s No-Spot Short Film Festival.” Raphan has produced and directed a series of original content documentaries in collaboration with the following leaders in the post-production world; Nice Shoes; jumP; Manic; Crew Cuts; Hooligan; SUSPECT; Coda and Sound Lounge. Her films have been presented on HBO, The Sundance Channel, Channel Four Television, UK, PBS, and at The Museum of Modern Art in New York City. Benita has worked as a designer for clients as diverse as Yves Saint Laurent, Issey Miyake, Yohji Yamamoto, Wieden + Kennedy, Deutsch, Inc., Knopf, and The New York Times Op-Ed Page. She has received Gold medals from The Art Directors Club, Le Club Des Directeurs Artistiques, Paris and The Broadcast Designers’ Awards. London Film Festival.